The Boy From Brazil & Other Stories 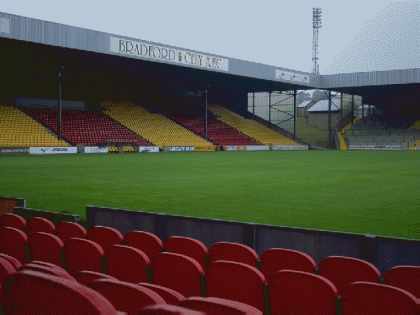 While standing on what’s left of what was for a time the largest, and was most probably the safest, standing area in Britain, The Valley Parade Kop, it is hard to envisage the large structure that will sprout up their within the next six months

But envisage it we must for this week details emerged concerning season tickets for the 1999-2000 season and, we are informed, to receive the full discount we must buy tickets before the middle of March. It is testament to the exhilarating pace which City develop at that we are being sold seating spaces in what at the moment is fresh air.

Ticket prices are going up for the first time since 1994. A 20% increase hardly even moves the club in line with the rest of the division, let alone fits a team pushing for promotion. Spread over the five years this represents 4% per anum, but inflation, football inflation that is, has run rampant. The fact that the price will cover either 23 First division games or 19 matches against the likes of Chelsea, Manchester United and Newcastle again empathises the rate at which City have developed.

Much of the credit for these unbridled days goes to Geoffrey Richmond and one wonders if he believed that his five year plan to get City into the Premiership would be, four months from it’s deadline, so near completion. His recent run in with the residents of Rock Terrace, the housing behind the new Kop development and his subsequent threat to quit the club should he not get planning permission showed his to have either an iron will, or a great poker face.

Like the Planning Committee’s ultimatum Mr. Richmond has given us fans the chance to prove our backing for his ambitions. If we want a Premiership team then before the March transfer deadline the 10,000 or so season ticket holders can put over a million pounds into the club.

No club has ever offered this package to it’s supporters: buy a space in fresh air for between 19 to 23 games against Oxford and Bury or Liverpool and Manchester United, and do it six months before you can get any use and, if we accept this offer, maybe we will be fan’s who deserve a Premiership club.

Are you going to buy in March? Your opinions to MichaelWood@Iname.com or use EZ Mail.


Was Michael McHugh better Than Greame Tomlinson?
Vote for the best City team.